Presidential Election 2016 Republican Party – All candidates have the option to write their own descriptions. | Contact us to revise your description. 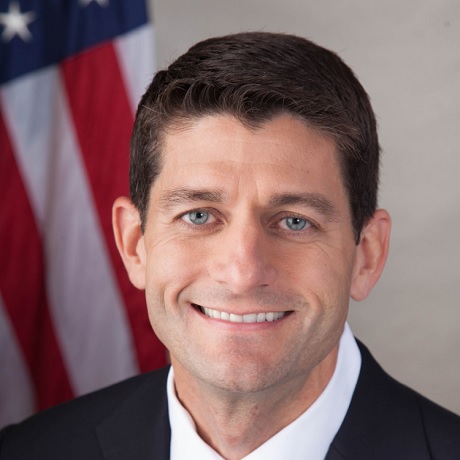 Paul Davis Ryan (born January 29, 1970) is the 54th and current Speaker of the U.S. House of Representatives. Ryan is a member of the Republican Party who has served as the U.S. Representative for Wisconsin’s 1st congressional district since 1999. Ryan previously served as Chairman of the House Ways and Means Committee, from January 3 to October 29, 2015, and, before that, as Chairman of the House Budget Committee from 2011 to 2015. He was the Republican Party nominee for Vice President of the United States, running alongside Governor Mitt Romney in the 2012 election. Ryan, together with Democratic Senator Patty Murray, negotiated the Bipartisan Budget Act of 2013.

On October 29, 2015, Ryan was elected to replace John Boehner as Speaker of the U.S. House of Representatives, and named John David Hoppe as his Chief of Staff. Ryan is the first person from Wisconsin to hold this position.